Showing posts from December, 2017
Show all

Procrastinating Doesn't Help, Not Even For The New Year

December 31, 2017
So... I almost forgot about this week's blog. I think it's because I'm waiting for my week to get better before I blog. I guess not. Quite a few things happened. Two of which are things involving a collaboration project.

An official one that'll be going on my YouTube gaming channel. Not everything is going to my ideal plan for Tomb Of The Lost Queen. I'm behind schedule on this coming week's videos. For one, there are no Nancy Drew videos this coming week. I intend on having Gabriel Wolf in every one, but I have this sinking feeling that it won't.

I'm not gonna go into details on it. Only because I'm not comfortable talking about the situation, as well as it'd be an invasion of privacy on Gabriel's life. I have too much respect for him to do that. Hiccups just keep happening though. And it's putting a lot of frustration and stress on me. 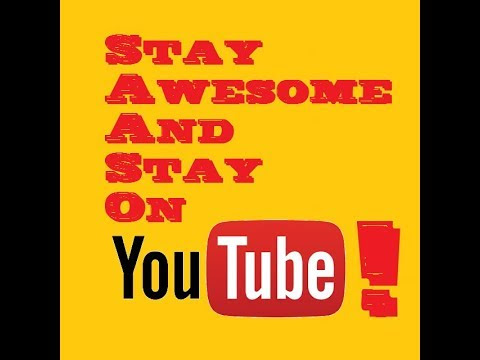 So sorry for the late upload. I had some hiccups tonight. I lost track of time, and a social event I needed.

Excited About My Gaming Channel

December 19, 2017
So I'm trying to make my blogs a weekly thing now. Especially since I have a requirement of writing a Team Missouri blog once a month. I'm also excited about this, because I've been wanting to get back to blogging. I miss it!
On to the main topic - which is my gaming YouTube channel. This past Saturday, I was recording my Grim Tales gameplay and an idea popped into my head. I realized I was almost done with Alibi in Ashes, my current Nancy Drew game on the channel. This whole time, I thought Deadly Device was next, but I knew that had to be wrong. It turns out Tomb of the Lost Queen is next.
Well, guess what? I happen to have a skype relationship with a voice actor who voiced Dylan Carter. (Somewhat ironic, considering Howard Carter found Tutankhamen's tomb.) His name is Gabriel Wolf. About five years ago, Michael Gray - known on YouTube as arglefumph - did an interview with him on his channel. I enjoyed it immensely. I learned a lot more about voice acting and Mr. Wol…
Post a Comment
Read more

December 13, 2017
I know it's been a long time since I have written a legit blog, let alone a video update from one of my YouTube channels. (I actually found out I could schedule the videos on my gaming channel, Rabbit FunWorld, unable to post a blog via the scheduled uploads.) And I do happen to have a legitimate reason.
During August or September, my mom and I did a road trip to Connecticut, New York, and then St. Louis. My second sister's second travel for her travel nursing position chose a quaint city on the east coast, coincidentally near the ocean. (I managed to swim in the Atlantic Ocean for at least half an hour, almost got used to the cold water, and swam like a mermaid. Mermaid dream almost complete!)
Before the road trip, I found out from the central PR team of Special Olympics Missouri that a position opened up. And it's for an athlete only. YES! I applied immediately, despite the fact I might have to do an interview during the road trip.
There were two roun…
Post a Comment
Read more
More posts